During the end of 2016 and January, 2017, Southern California received a record breaking 8.8 inches of rainfall, destroying over 120 homes in floods, and instigating waves with heights of 32 feet, as reported by ktla.com.

The uncommon part of this weather occurrence is that the temperatures are nowhere near low, the average being 75-79, and the weather has gone from being complete downpour, to bright sunny skies, according to Google Weather.

The even stranger is that despite the mass of hills in the Southern California area, a tornado touched down in Riverside County on January 11, 2017, flipping over cars and shattering windows, but no one was injured, according to Google Weather.

The explanation for these unusual weather patterns is that large wind storms have been forming over the Pacific Ocean to the West of California, and in giant gusts, the wind pushes giant storms over Southern California, but because of the high winds, the storms only last a few minutes, essentially they come in, dump a few buckets of water, and leave. Southern California has received four storms so far, according to weather.com.

For Southern Californians, the question of umbrellas or shorts may have to be answered day by day, maybe even hourly. In the meanwhile, bring both. 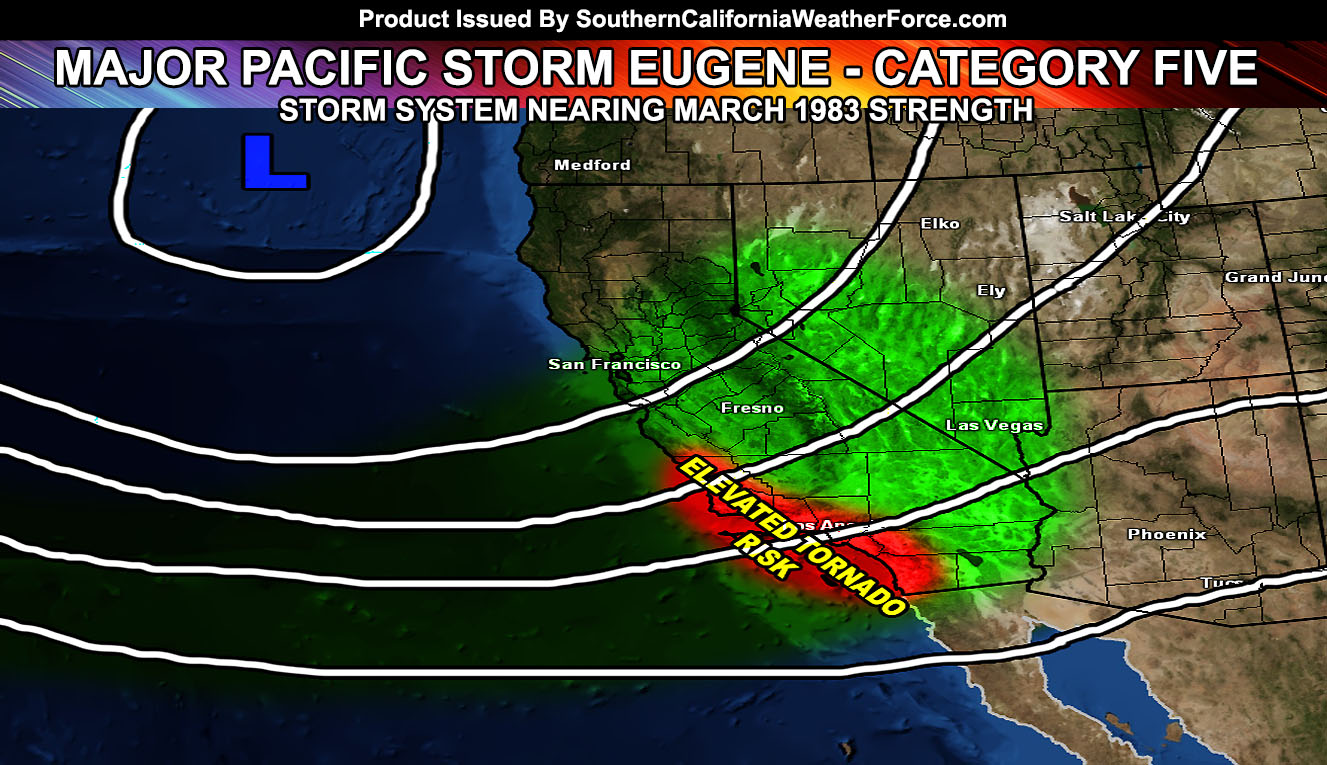