A plan to attempt to save the Arctic ice caps is being put in place by researchers at Arizona State University, a plan to build 10 million windmills, according to nbc.com.

Although these windmills aren’t going to be used for energy, they will be water pumps. The vertical wind catch will power a pump that will pump freezing sea water from under the ice onto the surface during winter, which will cause an estimated meter of ice to be spread out over the area that mill covers, stated Google News.

Ten Million pumps are the minimum need, covering about 10% of the ice caps. This is the minimum amount to be remotely beneficial, and if the project works, more will likely be built, according to The Washington Post. 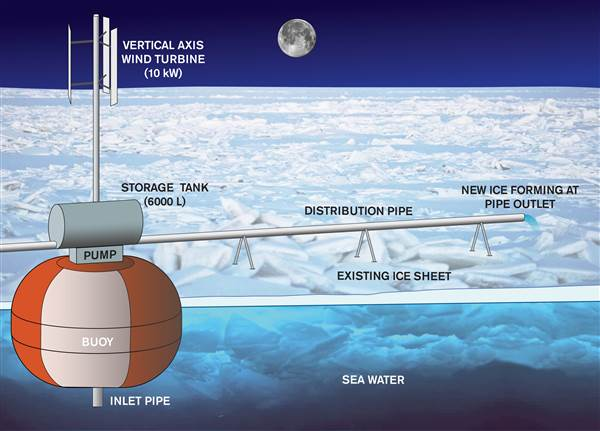