Two men aboard a cargo prop plane died on May 5th, 2017 when the wing brushed the runway at Yeager Airport in West Virginia, according to abcnews.go.com.

Yeager Airport has stated there was no distress call, according to nbcnews.com.

The plane was carrying packages from UPS, (United Parcel Service), when, while taking off, the wing of the plane hit the runway. This caused the plane to fly awkwardly over a hill, where the plane crashed.

The two people’s information has not been given yet, but they were the only ones on board, stated nbcnews.com. 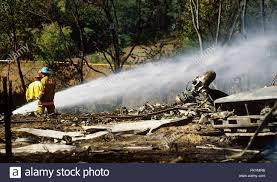