Some very interesting hummingbird facts are (All facts from thespruce.com)

When resting, hummingbirds will take around 250 breaths per minutes.

Hummingbird’s feet cannot help them walk or hop, but allows them to move sideways on branches.

the bee hummingbird is the smallest hummingbird in the world, with a length of 2.25 inches long, and is only found in cuba.

Roughly 25-30 percent of a hummingbird’s weight is from its muscles. The hummingbird has broad chest muscles for the sole purpose of flight.

Humminbird eggs are the smallest compared to any other bird species. The eggs measure less than ½ inches long. 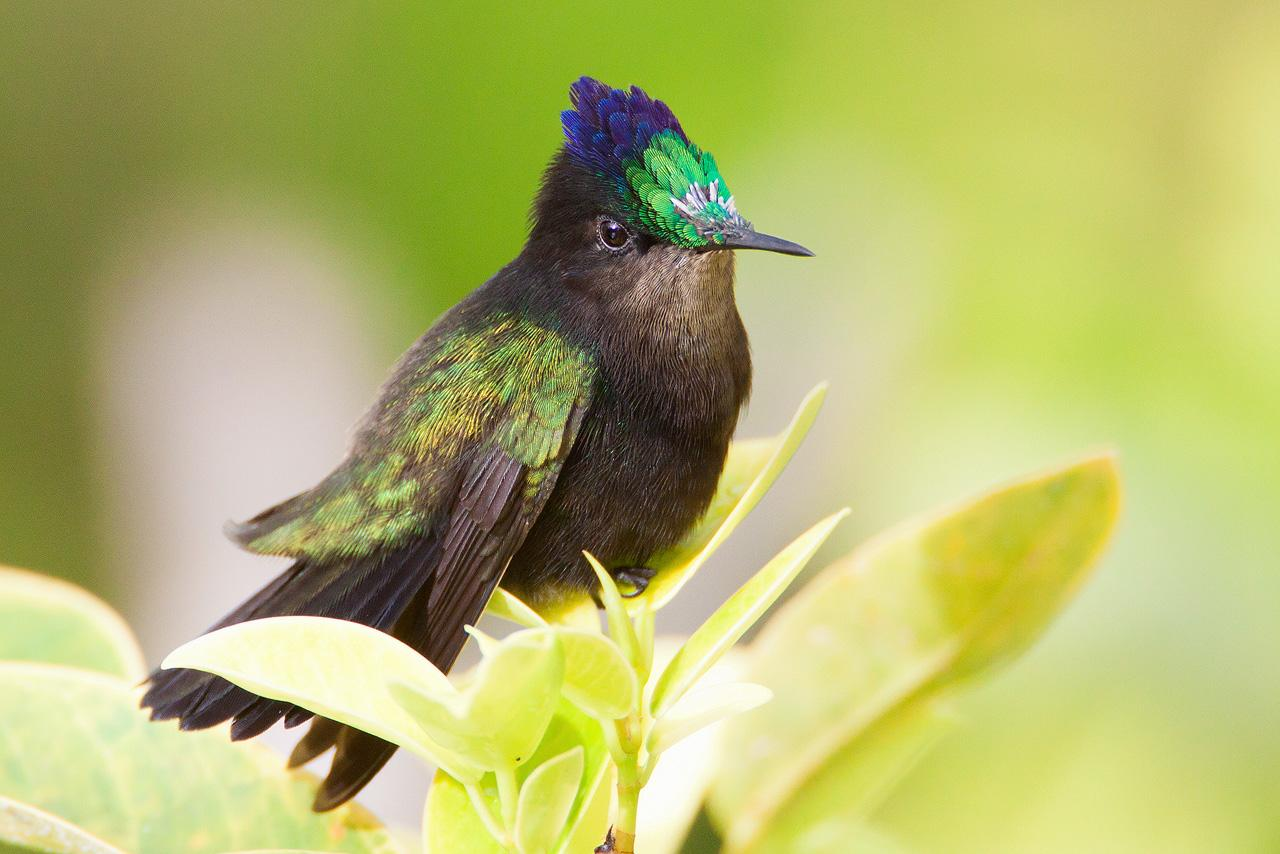 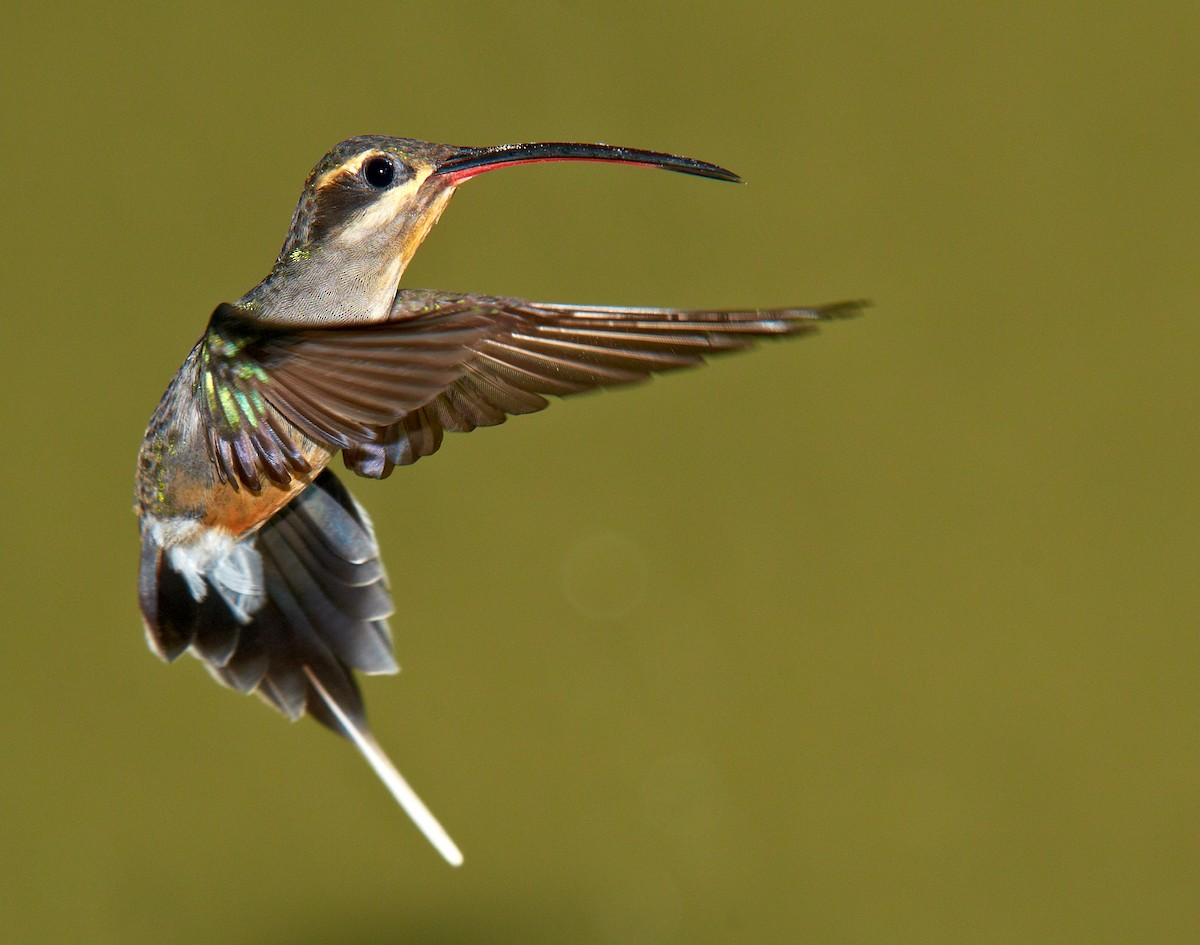 The Green Hermit hummingbird are mostly found in humid forests, small clearings, and forest edges. This hummingbird is the largest hummingbird, ranging to about 5.3 inches long. 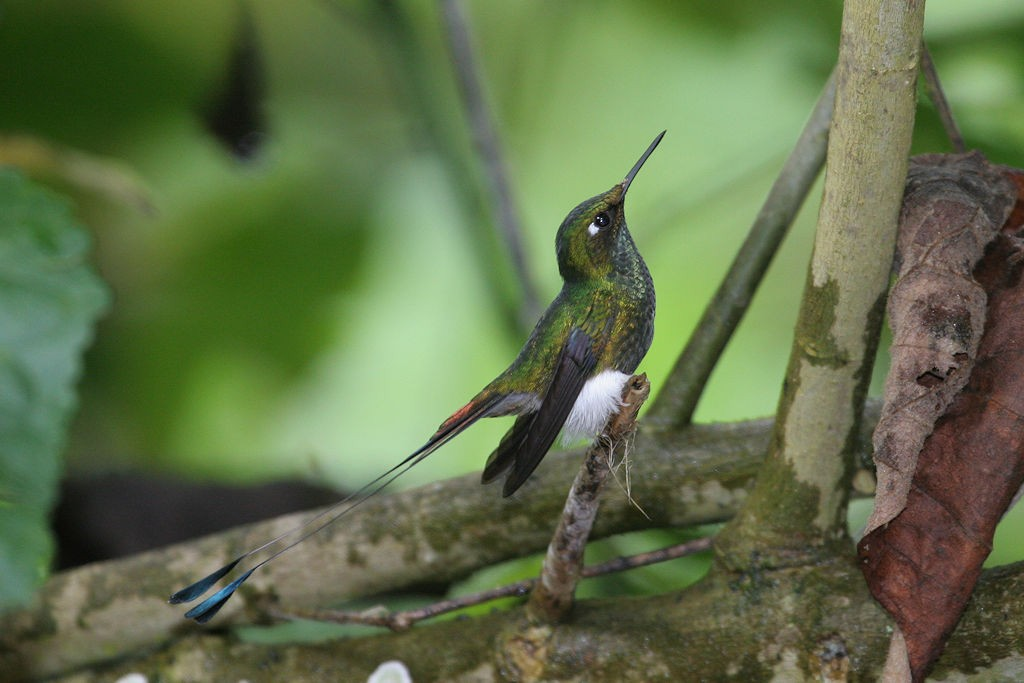 The male of this species has really long tail feathers. Many native flowering plants depend on this hummingbird for pollination, as stated by mnn.com. This species of hummingbird is found in southern central america and northwestern south america according to neotropical.birds.cornell.edu. It is commonly seen in forests and human-altered highlands, feeding on nectar and insects.

The male of this species has a very long tail, and can be found in Venezuela, Bolivia, Ecuador, and Columbia. The nest of the long-tailed sylph is in a ball or clump of moss, with a side entrance and a tail of moss dangling below, according to neotropical.edu.

These are only some of many weird hummingbird species. All have such fascinating qualities, like the Long-tailed Sylph. There are more than 325 unique hummingbird species in the world. Up to two dozen are known to live in the United States, and the rest are primarily tropical species, according to thespruce.com.